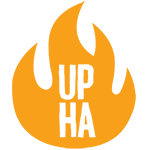 Independent production company Up Helly Aa was founded in Clydebank, Scotland, by producer Kathy Speirs in 2012 to make Film and TV for the international market to entertain audiences worldwide.

Up Helly Aa work with new and established regional talent with an emphasis on Celtic outsider voices, collaborating across borders with local stories at the heart of our vision.